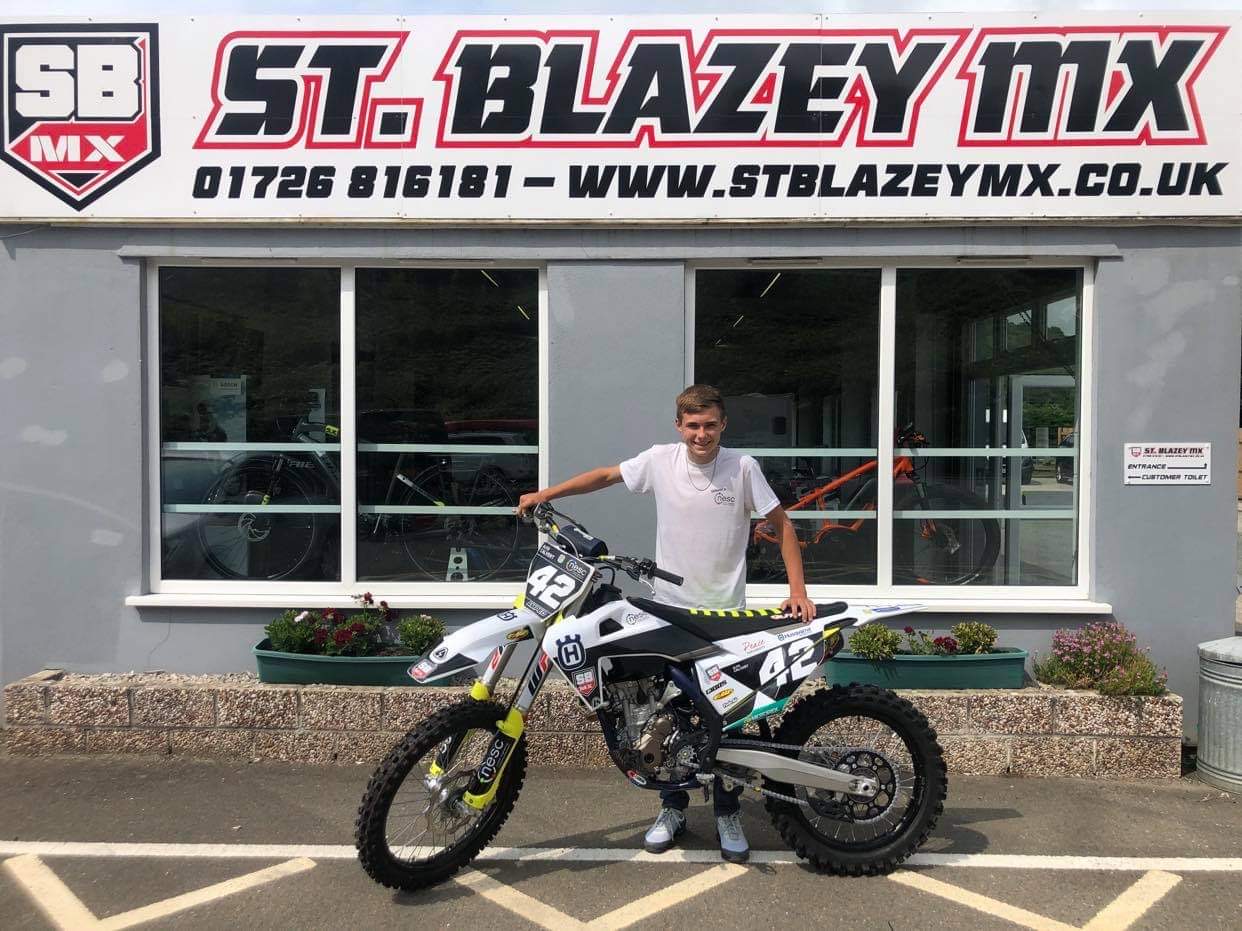 Alfie is a 16-year-old motocross champion from Plymouth. He’s been riding from a young age where’s he become a leading youth motocross competitor, competing all across the UK and in Europe. NESC partnered with Alfie earlier this year, where we continue our support and follow his progress. Here’s a piece from Alfie himself:

“I started riding when I was about 3 years old on a PW50. My sister was racing motocross so I followed in her footsteps. I started racing at 6 years old.  My first year racing I won the South Somerset Club Championship on a KTM 50 in 2010. Unfortunately, a few injuries along the way have meant in regards to championships, I have had to sit out of some races. But, I’ve had some good results and been able to compete at national level throughout my career so far.

“In 2017 I won the South West Championship on a KTM 85 small wheel. I also won the Matt Hampton Foundation Cup this year and finished 4th as a wildcard rider at the British Youth Nationals at my local track, Landrake.

“I’ve also competed in the Weston Beach Race every year since 2014 and had some good finishes.

“My last championship race day was at the BSMA Nationals on a KTM 85 big wheel in 2018 where I had some good results, finishing top 4 against some of the best riders in the country, but unfortunately a crash left me with a ruptured ACL, MCL and meniscus damage in my knee. I underwent a knee reconstruction and 12 months of rehabilitation, but I’m now back training and competing full time again. I competed at the 2019 Weston Beach Race as my first race back after injury, securing 10th place in the 125’s and then went and competed at the biggest beach race in the world, the 2020 Le Touquet Paris Plage beach race in France. After starting at the back of over 200 riders due to being a new competitor in the event, I finished 31st in the 125cc category, being the 2nd British 125 rider.

“I’m currently racing a Husqvarna 125cc in the Acerbis 125 championship and now have a Husqvarna 250F that I hope to train on during the winter months and compete as many beach races across the UK and Europe as I can.

“I am very grateful of the support from NESC and hope to get some results in the foreseeable future.”

NESC wishes Alfie the greatest success with his motocross career. We will be following every step of the way!

” I raced at Cradley near Malvern this weekend with Cotswold…

“…(I) finished 3rd overall and managed to get the Holeshot prize.”

What another great weekend! NESC eagerly awaits Alfie’s next competition.

The weekend saw Alfie compete at Culham for the Acerbis Nationals, where he claimed one 1st place finish, three 2nd places, and a 3rd place, resulting in an overall victory. Alfie added:

“Had some really good racing with some different riders and really getting used to the 250 now.”

Over the weekend, Alfie competed at Marshfield with Corsham where he earned himself a spot on the podium, finishing 3rd place overall.

Alfie recently started riding a Husqvarna 250F where he said he’s “loving the bike and feeling really comfortable on it”. Alfie plans to continue training on the 250 during the winter months, coming out stronger and even more prepared in the New Year.

How can we help you?

Our team of highly experienced engineers are waiting to talk with you about your needs.